If you’re not getting enough sleep, you could be lowering your testosterone. Learn how to get more and better sleep to improve testosterone levels. 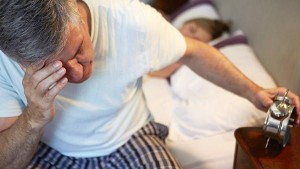 Sleep problems and testosterone levels might seem like an odd coupling, but the two health issues just may be related. And working on one might help the other.

Sleep deprivation has been linked by researchers to lower testosterone levels, says endocrinologist Michael Irwig, MD, an associate professor of medicine and director of the Andrology Center at the George Washington University School of Medicine & Health Sciences in Washington, D.C.

And while sleep deprivation lowers your testosterone, it also appears that low testosterone — also called hypogonadism — can contribute to insomnia, according to researchers who looked at hypogonadism symptoms in a group of male cancer patients and published their conclusions in the September 2012 issue of the Journal of Cachexia, Sarcopenia and Muscle.

Low testosterone also appears to be linked to lower quality sleep and fewer deep sleep cycles. Researchers have observed that as testosterone goes down, the hormone cortisol increases. Cortisol contributes to wakefulness, resulting in shallower and shorter sleep, noted the February 2012 review in the journal Sleep. Feeling tired and fatigued is also a symptom of low testosterone, according to the American Urological Association.

About Low Testosterone and Poor Sleep

There may be ways to interrupt this cycle of poor sleep and low testosterone. “Improving sleep generally will improve testosterone levels,” Dr. Irwig says. Testosterone levels increase soon after you start to get more sleep, according to a study of the effects of “catch-up” sleep on the body published in February 2015 in the journal Clinical Endocrinology. The benefit comes from adding hours of deep sleep.

However, for men with obstructive sleep apnea, treating the condition with a continuous positive airway pressure (CPAP) machine doesn’t appear to improve testosterone, according to a review of the effect of sleep interventions on 232 men involved in seven studies. The findings were published in December 2014 in the journal PLoS One.  Treating low testosterone with hormone replacement therapy also doesn’t directly lead to better sleep, Irwig says.

Instead, try treating the underlying causes of low testosterone and poor sleep, such as obesity. That’s a more effective way to improve sleep than just treating low testosterone, according to a review of research published in June 2014 in the journal Current Opinion in Endocrinology, Diabetes and Obesity.

Tips for a Good Night’s Sleep With Low Testosterone

To improve your sleep, the National Sleep Foundation (NSF) suggests that you:

As of January 1, 2023, Bella Vita Medical Center is now Renew Health and Wellness. The clinic will continue providing hormone therapy and other wellness services, with additional services and capabilities coming soon! We welcome existing patients and appreciate the opportunity to continue serving your needs!

To learn more, visit our new website and read our press release here.

Please wait while you are redirected...or Click Here if you do not want to wait.